Why we Love our New Zealand Birds 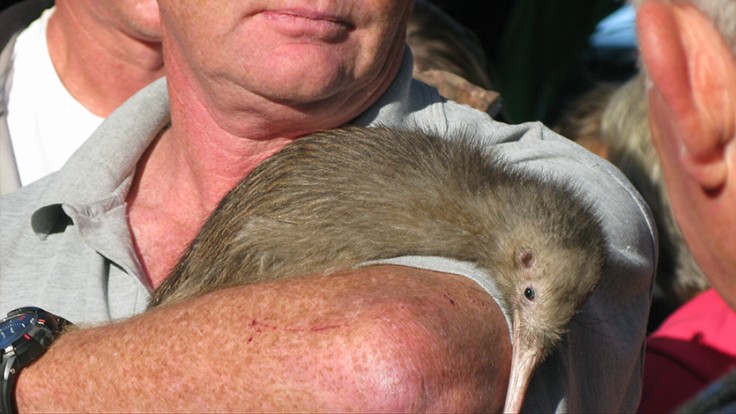 We love our New Zealand birds at Active HQ! You may have noticed that a number of our New Zealand trips are in fact named after our famous feathered friends. The birds of New Zealand hold a special place in our hearts with their cooing, bird song and playful nature. Thanks to the Department of Conservation and other such organisations, our birds are fostered and nurtured to ensure many generations to come are able to experience the wonder of walking through our native forest and hearing a cacophony of bird call.

The endearing and flightless kiwi is of course our national bird. Approximately the size of a household chicken, the kiwi has an extremely strong sense of smell and an exceptionally long beak, which ends with their external nostrils. Why do we love the kiwi? Well, New Zealand is a nation that often battles the odds, for example, entering into sporting leagues with much bigger countries – and we flourish in these conditions! Likewise, the kiwi has faced huge survival challenges since Europeans introduced stoats, cats and other predators and they have proven to be quite resilient. If you've ever wondered what a living fossil looks like, well that’s our kiwi – they've been around for 8 million years! It’s quite hard to actually spot a kiwi as they’re nocturnal and live underground in their burrows, and (understandably) they're a little on the feisty side when it comes to protecting their environment. If you check out the reverse side of your $1 New Zealand coin, the kiwi is proudly featured.

It would be amazing if we could sing through the pages of this blog, because the beautiful melody of the tūī is something else! Long before they’re spotted, you will hear their harmonious calls in the wild. The tūī has two voice boxes, which means it has a vast range of vocalisations and they’re known to mimic the sound of human speech too. They are pretty independent little creatures, often seen as a pair and very rarely in large numbers - unless there is an abundance of food. What do we love the most about the tūī? Their contribution to the pollination of many native plants and trees throughout New Zealand… and of course, their distinctive and musical song. 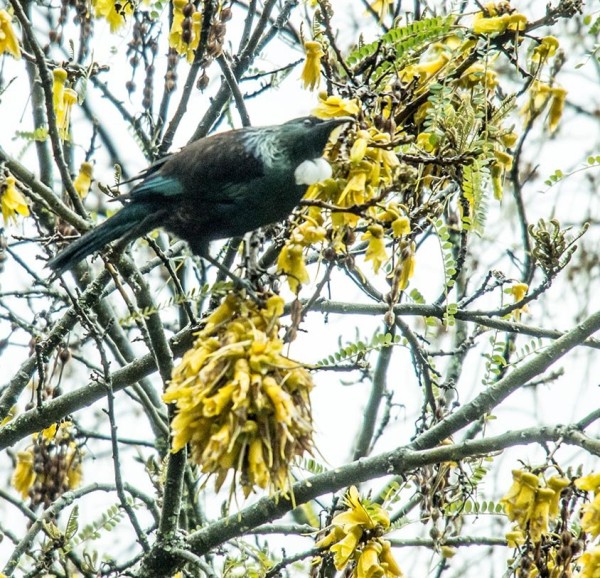 The curious, clever kea is an unusual parrot and has been touted possibly as smart as a 4 year old child – they have been filmed solving logical puzzles and using certain tactics to get their food. The kea is monogamous and inhabits in the South Island of New Zealand, around the alpine areas. From the mountains in the far east near Kaikoura, to the forests along the Southern Alps, to nesting in the beech forest on the West Coast of the South Island, the kea’s preference for living arrangements has helped it to survive, where most pests can’t. Did you know that the kea’s orange feathers can also be seen in the UV spectrum? The kea may be curious but is also a little mischievous, especially when it comes to nibbling at the rubber parts on cars and vinyl, often seen pecking at or carrying away peoples clothing. Why do we love the kea? The tale goes that during the last ice age, the kea was a brother to the forest kaka but due to its curiosity, evolved to develop its own characteristics (and incredible plumage!). Aside from environmental sustainability, we also contribute to conservation projects close to our hearts, and for the last couple of years that has been the Kea Database, and close affiliates, the Kea Conservation Trust. 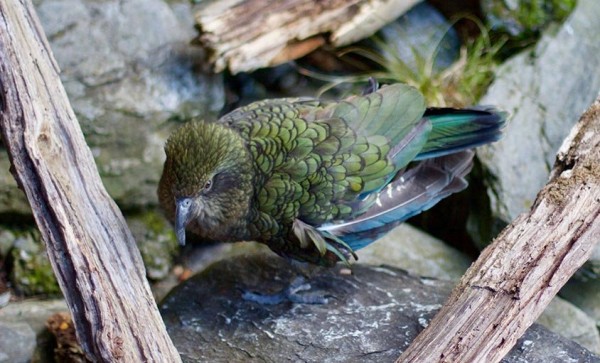 The inquisitive and smart Kea

The weka is usually heard not seen, living near farms or tramping huts. For early Māori and European settlers, the weka was their main food source. Once again a curious little fellow, their loud ‘coo-et’ call is often heard at dusk and in the early evening. The weka’s diet mainly consists of eating invertebrates and fruit. This flightless bird could be mistaken for a duck crossed with a chicken, and they may appear to be missing wings, but, whilst smaller compared to other birds, they’re just tucked away amongst their feathers. Why do we love the weka? Because they’re an important contributor to New Zealand forests. The weka is able to disperse the seeds of many plants that would normally be too large for other birds of their size. The flightless Weka on the Milford Track

The Latin name for the kākāpō, Strigops habroptilus, means “owl-face soft-leather”. A combination of soft feathers and strong features makes the kākāpō an interesting adopted relative to the morepork. The kākāpō has silkier feathers due to its inability to fly and uses their short wings to help maintain their balance. Both Māori and European settlers often kept kākāpō as pets, which is testament to their nature. A bit on the cheeky side, kakapos in the wild have been known to climb on and preen people. But, it is with great sadness that our beautiful flightless bird is becoming extinct. In the 1990s the New Zealand Department of Conservation (DOC) partnered with New Zealand Aluminium Smelter (NZAS) and Forest & Bird, to implement a kākāpō recovery plan. This entailed setting up a predator free island, with feeding stations for the birds, a number of artificial incubation centres for their eggs so their chicks could be raised. Why do we love the kākāpō? With only 213 kākāpō recorded alive today, we all need to cherish these amazing and precious birds; that have an incredible lifespan of nearly 90 years. Thank you DOC for your amazing job of keeping these awesome birds alive! 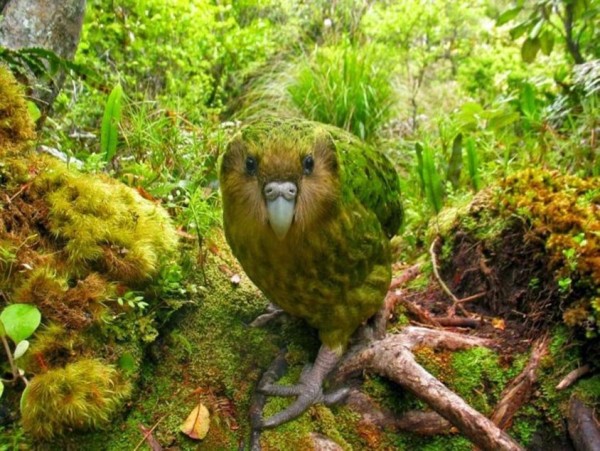 Have you joined us on one of our Active Adventures New Zealand trips? There are many places around the country where you’ll hear New Zealand’s only surviving native owls: the morepork (ruru). With their speckled brown and yellow eyes, the morepork is mostly found in forests through the South Island. A nocturnal bird, they hunt smaller birds, rats and mice too. Not the noisiest of creatures when in flight, they will travel silently across the land to catch their prey. Why do we love the ruru/morepork? In Māori tradition it has been told that the ruru was seen as a watchful guardian – bird of the night, its melancholy call was a good sign to the Māori people. However when the ruru yelped it meant trouble was on its way. 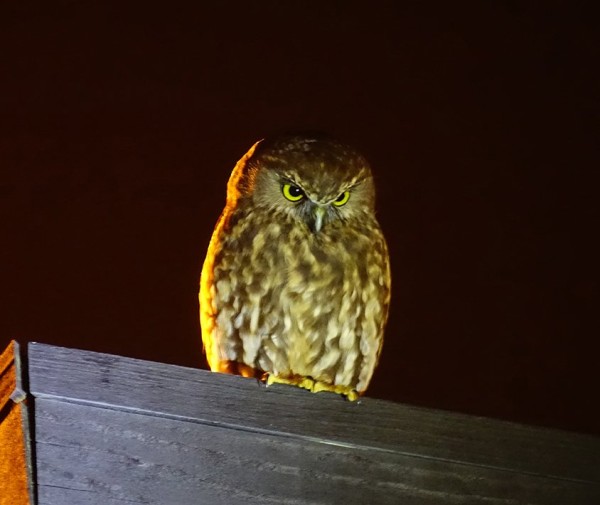 Morepork at Beachfront Hotel in Hokitika

The New Zealand robin or toutouwai is a sparrow-sized bird that is only found on our shores. There are three types of varying robins: North Island, South Island and Stewart Island robin. To the naked eye, all three robins look the same, however with closer inspection there is a slight variation between the three. Why do we love these birds? Because they are friendly and trusting of humans with whom they come in contact with, some have been known to come within a couple of meters of humans. If you're trying to spot a male robin look out for the dark grey plumage on their breast, the female robin will sport a charcoal brown colour. 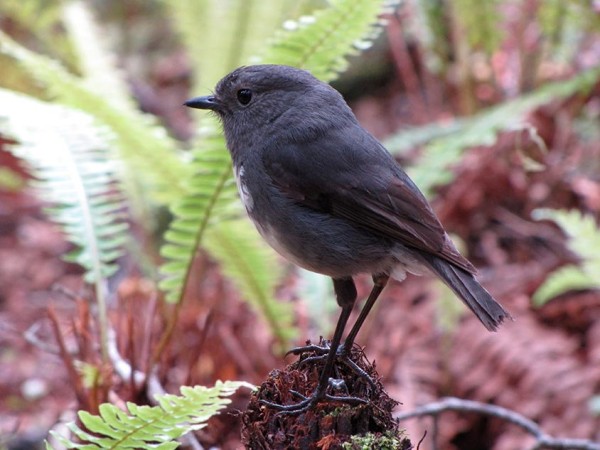 Our proud Robin perched on a fern

This mythical, beautiful bird the kōtuku (white heron), holds a legendary statue in Māori tradition. The kōtuku is rare, with elegant slender legs and a unique S-shaped neck that kinks when the bird is flying. From September through to January their sole breeding site is near Okarito Lagoon in Westland, with the kōtuku population now at approximately 150 – 200 birds. Why do we love the kōtuku? Because of their sophisticated courtship dance. The dance consists of the male kōtuku sharing twigs, gathering them near their nest, puffing and tidying their feathers in preparation of courting their mate. 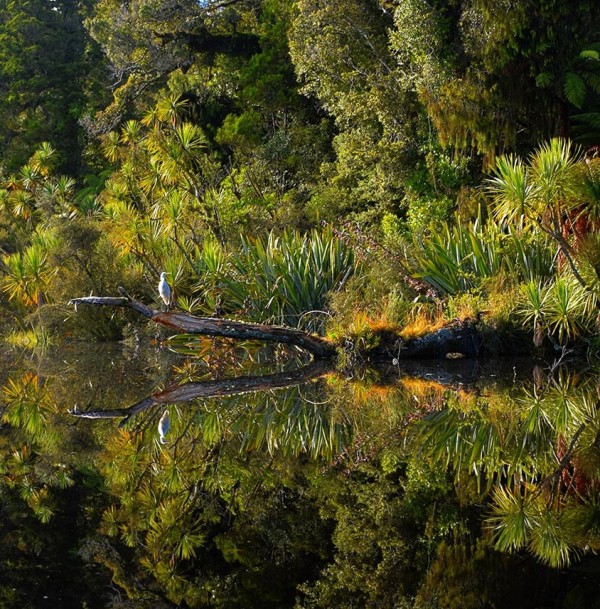 With its distinctive features and colourings, the pūkeko is New Zealand’s most widely recognised native bird. With their webbed feet they can appear a little clumsy on land, but once in the water they’re at home and incredibly good swimmers! The pūkeko is mostly vegetarian, but on the odd occasion they will eat eggs, frogs, chicks, mammals and small fish. If you're travelling near a marshy roadside or in low-lying open country, you'll most likely spot their deep blue colour peering out through the marshlands. Why do we love the pūkeko? Because they have a bold scheming reputation and determination amongst their fellow creatures. Besides their determination, the pūkeko has the most beautiful rich colouring; black head and upper parts, red bill and legs and magnificent white feathers under the tail. 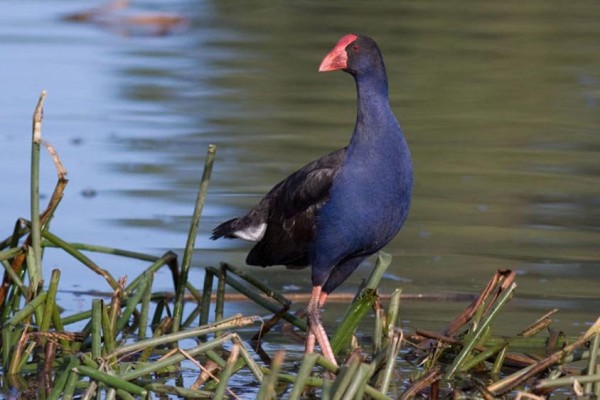 Pūkeko in the marshlands Photo Courtesy of commons.wikipedia.org

Are there any favourite New Zealand birds that you think should be added to the list?

So, when is the best time to visit Peru?If you're…

Where to Travel in 2022: Top Adventure Trip for Each Month

Keeping Up With Our New Zealand Guides

You’ve heard us say it before, and you’ll hear us…

The world-famous Kruger National Park is one of the biggest…

The best time to visit Botswana

Botswana is a sub-Saharan country with attitude and beauty to…

The Best Time to visit the Galapagos Islands

If you’re heading to the Galapagos Islands, you probably can’t…

Where to Next, with Active Adventures?

We've been adventuring for more than 22 years now, and…

Top things to do in Mount Aspiring National Park

Mount Aspiring National Park is a hiker's paradise and a…

What to pack for your next day hike

It’s the night before the hike you and some of…

A lot of our guests wonder how to pick the…

A short look at some highlights from our comfort-focused Elegant…

A quick look at some of our guests' favourite accommodations…

The 'Rimu' is our signature New Zealand trip. 14 days…

Lynette from our office talks you through what you'll need…

Video: An Introduction to Active Adventures

Not sure what Active Adventures is all about? Here's what…

When is the best time to visit Nepal?

So, you’ve decided you want to go to Nepal? Or…

Things to Know Before You Travel to Bhutan

Things to Know About Iceland Before You Go

Has Iceland been recently added to your bucket list? No…

Strap on your best pair of hiking boots – this…

The best time to visit Tanzania

Tanzania is known for having some of the best safaris…

Summer is upon us and it's time to tackle a…

The "Great Walks" are generally regarded as New Zealand's premier…

What to Expect From Your Milford Sound Cruise

Whether you've arrived into Milford Sound under your own steam…

Manukura is a white kiwi bird - the only known…

The team here at Active Adventures are an outdoorsy bunch!…

The Best Places to Eat in Peru

There is no place quite like Peru. And no, we’re…

Why Joining a Small Group Tour is the Bee's Knees

The Top 4 Things To Do In The Peruvian Amazon

Stretching 96,922 square kilometres across the country, the Amazon comprises…

Top 10 things to do in Iceland!

Are you a keen explorer? In the market for a…